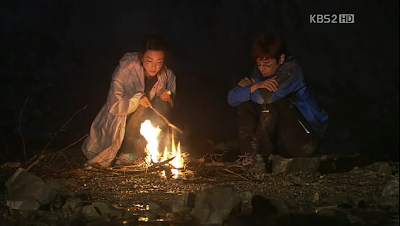 Episode 5 had Myung-wol throwing herself at Kang-woo. Episode 6… not so much. She spends most of the hour running in the opposite direction as she begins to realize her feelings for him. She's not alone in that of course, as the boys begin to clue in to their attractions as well.


Episode 6 Mini-recap
Upon realizing that her heart pounds every time she sees Kang-woo, Myung-wol runs to the Spy Team to tell them the news. Ok-soon and Hee-bok don't have the reaction she's hoping for, however, and warn her not to fall in love with the target, or she'll end up like Mata Hari, a double agent from WWI who died after falling in love with a Russian soldier. Myung-wol imagines herself as Mata Hari, shot to death, with Kang-woo as her Russian soldier. 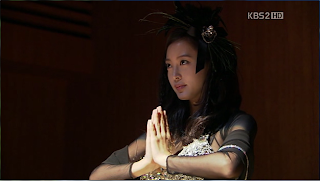 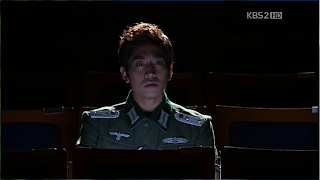 Myung-wol assures them she's not in love with him, but when she runs into him, her heart starts to pound again and she scuttles away, completely freaked out. Watching the whole thing is Ryu, who now understands what's going on. Kang-woo misunderstands her behavior to mean that she's mad at him, and admits as much to Dae-kang.

Dae-kang berates him for being mean and treating her badly. Kang-woo shouldn't treat people who have feelings for him like that. He should be nice to Myung-wol. She did save his life, after all. Thus begins Operation: Be Nice to the Bodyguard.

At the investigative agency, Ok-soon gets offended when Hee-bok insults her methods as being old-fashioned and tries to leave. Ryu walks in just in time to stop her, and explains that Ok-soon can't leave because all of their lives are on the line if the mission fails. They must succeed at all costs.

For the next several days, Kang-woo does nice things and freaks out Myung-wol even more. By the end of it, she's so frustrated and confused, she tells him to stop being so nice and be mean as he's always been because his kindness is putting her on edge. 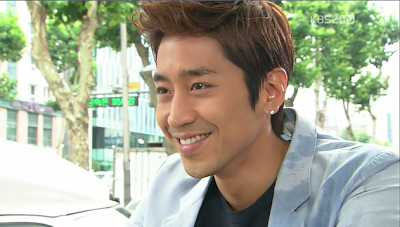 At the Joo mansion, Ryu overhears the chairman tell his secretary to get everything in the vault ready to be moved that night. Ryu takes this opportunity to open the Four Books safe to get the book, but he gets caught coming out of the vault by the chairman himself.


When they search the safe, the book is safe and sound and Chairman Joo apologizes for doubting him. In fact, Ryu did steal the real Four Book and replaced it with a fake, and neither is the chairman really convinced of his innocence. He tells his secretary to get more information about Ryu. 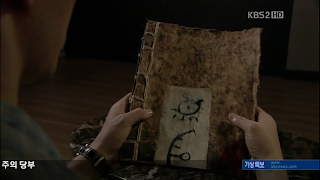 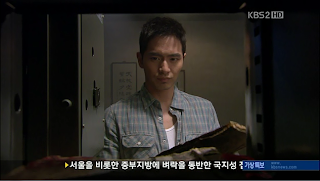 On set, Kang-woo freezes up during an interview when the reporter asks him a question about his father, forcing him to lie. He goes home cranky that night and Myung-wol stays away, in an attempt reign in her feelings.

The next morning Kang-woo is MIA, with everyone on set wondering where he went. It's supposed to rain a lot that day and Agent Kyung surmises that he probably went up to the mountains. Myung-wol volunteers to go look for him. Ryu overhears her and looks up in concern, unable to do anything just yet.

Up in the mountain, Myung-wol finds Kang-woo just as he trips and twists his ankle. Meanwhile, Ryu, Ok-soon and Hee-bok head over to the trail to wait for the two, but when they don't show, Ryu takes the initiative himself and gets out to go look for them. 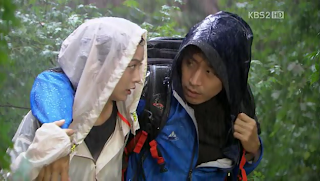 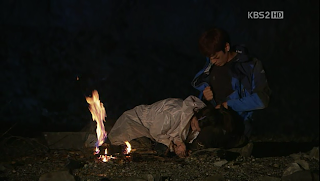 Myung-wol and Kang-woo manage to find a cave to rest in for the night, and once they get settled in (with bird eggs for dinner) Kang-woo asks Myung-wol how she got so good at woodland survival. She tells him her biological father was a soldier and he was the one who taught her everything. They each share daddy stories (Kang-woo explaining that these mountains are where he scattered his father's ashes; it was the last place he saw his dad, on the day of his birthday).


Myung-wol eventually falls asleep, head landing in Kang-woo's lap, and Kang-woo goes on to explain out loud that his father died when Kang-woo begged him to play catch in the woods on his birthday and he threw the ball a bit too far. If he hadn't begged Dad to come out that day, he'd probably still be alive. Aw. 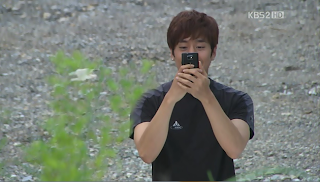 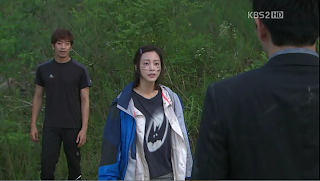 Myung-wol wakes up alone in the morning. She walks out looking around, and finally, Cute Kang-woo comes out to play in full force. He snaps a couple of cell phone shots of Myung-wol and they chase each other around for a minute, until Choi Ryu comes walking up the hill. He spent the night looking for them. Kang-woo looks between the pair and at the look Ryu gives Myung-wol, utterly confused.

Ryu takes Myung-wol back to the investigative agency, where he's quick to remind her not to ever forget she's on a mission, even for a second, because other people's lives are riding on her. (It's not because you're jealous, is it, Robot Boy?) Myung-wol rents a copy of the Greta Garbo version of Mata Hari and cries watching it. 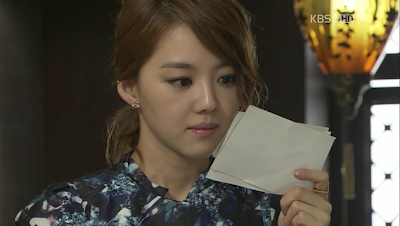 In-ah's jealousy finally gets the best of her when, after she waits at Kang-woo's house for him to come home from the hospital, she sees the photos of Myung-wol on his phone. Angry, she decides to release the paparazzi shots of them at the resort and cause a scandal.


Kang-woo and Myung-wol's scandal breaks the next morning and Agent Kyung tells Kang-woo he should fire Myung-wol immediately. Kang-woo protests, but realizes he doesn’t have much of a choice. 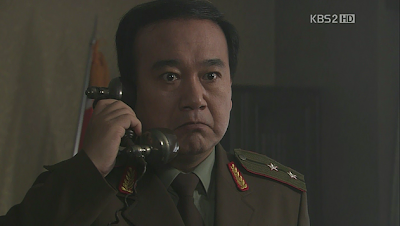 General Kim in the North tells his higher up that at this rate (after seeing news of the scandal) the mission should be completed within a week. At the NSA, Da-hae's father tells them to close the case on Kang-woo.

Myung-wol heads to Kang-woo's agency where a horde of fangirls are waiting to take her down. She wants to talk to them and solve the problem, but things only get worse when In-ah comes out and causes a scene, making the girls even angrier.


As the mob descends, Kang-woo walks in and yells for everyone to stop. The crowd parts for him as he makes his way toward Myung-wol. He raises a hand and slaps her, telling her she's fired. 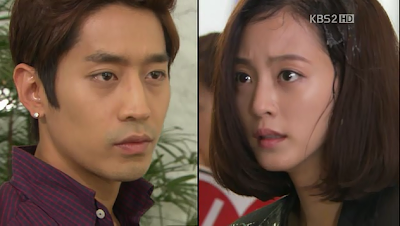 
That was kind of a violent, slap-heard-round-the-world type of deal. Makes things interesting for Episode 7, to see what will happen in the aftermath and how the mission will progress from here on out.


This was a fairly interesting episode overall, with tons of cute Kang-woo/Myung-wol moments, as well as a bit of progression on the side of Ryu. Plus, he got the book! Woo. One down, three to go. In-ah finally became more than just an irritating fly on the wall, causing all sorts of mayhem, but I'm still annoyed with her more than anything.


The lost in the woods trope is hardly, if ever, believable, but I love that it was the woman rescuing the man instead of vice versa. Kick-ass heroines really do rock my socks. Way more than the meek, unable to stand up for themselves kinds.