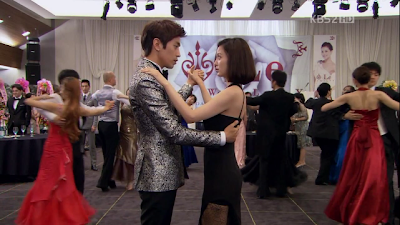 This show just makes me giggle like a little schoolgirl. It's so funny in a screwball way, and I love that the characters aren't even trying to be funny, which makes it even goofier. Four episodes in, we've got a distinct goal and numerous players in the game. Here's to hoping that In-ah just falls off a cliff or something...


Episode 4 Mini-recap
We meet back up with our characters where we left off in Episode 3. Kang-woo grabs In-ah's wrist before she has the opportunity to slap Myung-wol. But it's not exactly the romantic intervention we were hoping for, as Kang-woo tells In-ah to leave Myung-wol alone: "She's crazy. Crazy in love. She's not normal. Don't agitate her."

Dae-kang gets a new job (Hee-bok fired him from the investigative agency, pretending to use his new "marriage" as an excuse) as Kang-woo's manager.

As Ryu prepares to move into the Chairman's mansion, Hee-bok and Ok-soon confront him about whether there's a second mission they don't know about. Ryu firmly replies that even if there were, he wouldn't be able to tell them.

At the NSA, the officers have learned about the secret auction in Singapore, and that Kang-woo was present at said auction. 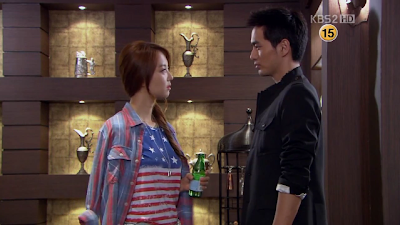 Settled in at the chairman's house, Ryu finds the room in which Chairman Joo keeps his collection of artifacts. In-ah runs into him as he's snooping around and blatantly asks whether Ryu likes her. She warns him that he'll be fired immediately if he shows interest in her. Pfft. I can just see it now: Robot Boy and his Plastic Princess riding off together in the sunset…


Meanwhile, at Kang-woo's place, Myung-wol hilariously practices calling Kang-woo "oppa" only to be swiftly rebuffed: "Do you want to die?" Myung-wol heads outside to meet with Ok-soon. As she makes her way back into the house, Da-hae from the NSA is seen staking out Kang-woo's place. She assumes Myung-wol is Kang-woo's girlfriend. 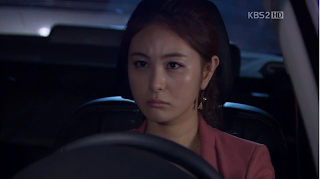 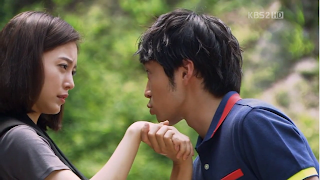 A bad morning with Kang-woo sends Myung-wol to Dae-kang for advice. Dae-kang explains that Kang-woo and In-ah probably have something going on, but that Kang-woo uses a push-and-pull maneuver to keep In-ah around. When she gets too close, he pushes her away; when she starts slipping away, he pulls her closer. They'll probably end up getting married.

At the Joo mansion, Ryu manages to lift one of the chairman's fingerprints to gain access to the artifacts room. He sneaks in at night to check things out and finds a safe that likely houses the chairman's book(s) of the Four Books. 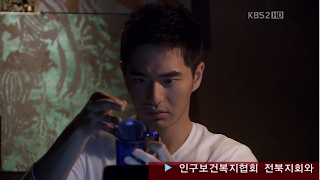 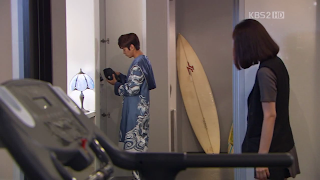 Later that night, Myung-wol gets in trouble by Kang-woo for going through one of his closets, where she finds an old baseball glove and baseball.

The next day, at the agency, Myung-wol gets mobbed by a group of fangirls, angry at her for being so close to Kang-woo. She's battered but okay, and Kang-woo stops at a boutique to get her new clothes for a party they have to go to. 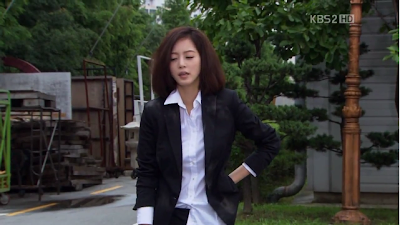 Everyone and their mother is in attendance at this party, including Chairman Joo and Ryu, who makes it clear to Myung-wol that she should remember she's on a mission. Anyway, Myung-wol walks into the party looking beautiful, and makes an inadvertently grand entrance when she runs into a waiter and knocks an ice bucket? to the floor. This is Kang-woo's face when he sees her: 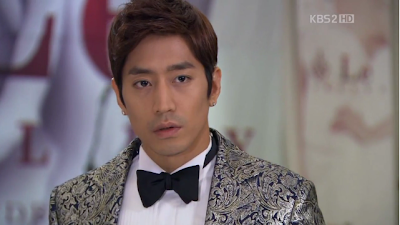 Eventually, Kang-woo has to save Myung-wol from a douchebag who drags her out onto the dance floor against her will. He sweeps her up in a dance himself. While they're dancing, Kang-woo gets a call and rushes off, too quick for Myung-wol to catch him. All the same, it was a sweet moment while it lasted.


In-ah, of course, does what she can to be obnoxious, and steps on Myung-wol's dress, ripping it. Myung-wol tears the rest of the bottom half of the dress off and runs after Kang-woo. When In-ah goes to follow, Ryu tells her to have some class and stops her.


Counterproductively, it's actually Hee-bok who called Kang-woo, saying he has a lead on Dokkaebi. Kang-woo heads over to the investigative agency. The meeting is actually a false alarm, and Hee-bok hasn't learned anything worth getting excited over (unless you count a horribly-drawn "portrait" of the alleged Dokkaebi…). 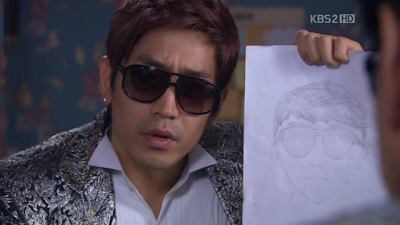 As Kang-woo's walking out, Hee-bok asks him what kind of women Kang-woo's interested in, since he has a lot of great women in his family. Aw, Spy Dad… Kang-woo firmly replies that he's not interested in women. Ohrly, Kang-woo? That can be interpreted in many ways.


Ok-soon goes to have a chat with Myung-wol. She tells Myung-wol that it's better not to approach Kang-woo as a woman. Instead, she'll have to get close to him as a person: find out what his weaknesses are and become the only person in the world to embrace them.


Myung-wol goes home to find one of the fangirls from earlier waiting outside the house for an autograph from Kang-woo. Of course, Kang-woo refuses to give out his signature so easily, as he proved in Singapore, so Myung-wol does the next best thing: she steals one of his shirts and gives it to the girl. Kang-woo waits inside, ready with a signed copy of one of his CDs, but when he sees Myung-wol giving the shirt, he changes his mind. I just knew you were a big ol' softy on the inside! 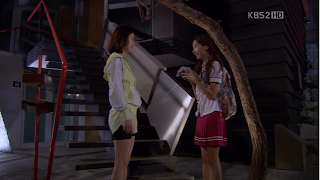 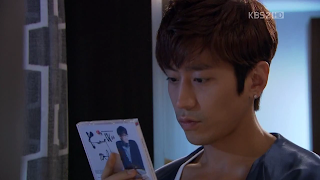 At the chairman's house, In-ah asks her grandfather if she can have Choi Ryu as her bodyguard. She wants to make Kang-woo jealous. Ha.

Ok-soon tells Myung-wol to look into Kang-woo's past to find out his weakness since "everyone has pain in their past." The opportunity to do so arises when Kang-woo has a bad dream one night, and Myung-wol plays witness. He dreams of himself as a little boy, searching through the woods for his father. Myung-wol misunderstands Kang-woo's mumblings and assumes his first love died. LOL.

In-ah shows up on set, Ryu in tow, but contrary to making Kang-woo jealous, he doesn't give a lick and ignores the bodyguard altogether. 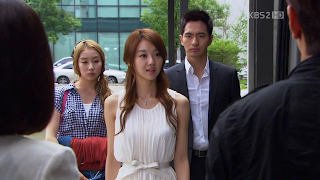 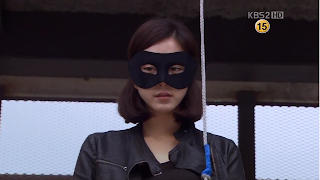 As they're walking onto the set, one of the crew members runs up saying their stuntwoman got hurt and they don't know what to do. Myung-wol gets roped into standing in for the stuntwoman, but a wire stunt goes wrong and she comes falling to the ground.


Kang-woo runs over just in time, and saves her from certain injury. Holding her in his arms, he suddenly remembers the mystery girl who saved him at the auction in Singapore. Myung-wol, wearing a mask for the stunt, looks an awful lot like that girl… 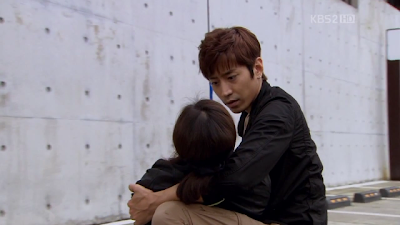 Comments
This episode was cuter than it was substantive. We had a couple of developments on the Four Books front, but on the Myung-wol/Kang-woo side, we didn't really get anywhere until the last scene.


At this point, I'm so over In-ah, I just roll my eyes every time she comes on the screen. I don't even hate her, I'm simply annoyed at her plot-device, wrench-in-the-machine existence. They need to do something with her character that's either going to make me like her or dislike her.


Also hoping for more Kang-woo/Myung-wol hijinks at the house. I think they're underutilizing the fact that the two characters are living together.