Lie to Me: Afterthoughts 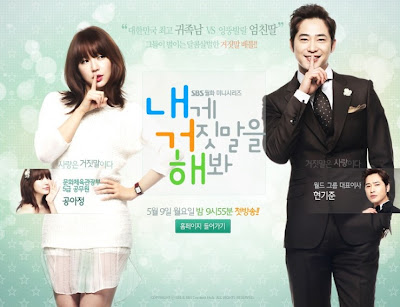 So, Lie to Me is over and the writer managed not to drop the ball in the end. The show itself was meh at best, which begs the question, did the writer ever really have the ball to begin with?

Obviously, I'm probably being too harsh a critic. Everything can't always be blamed on bad writing and we often use the writer to keep the flak away from our favorite actors. In the case of LTM, the writing was the overarching problem (and it was too late to be fixed by the time they changed writers in Episode 11), delivering a haphazard and clunky plot, but the actors can't all hide behind that.

Watch Lie to Me on DramaFever!


Characters
Many played their two-dimensional characters to the best of their abilities, while others fell a little short (cough Sung Joon cough). And let's face it, there are few people (maybe Moon Chae-won) who can pull off a heart-wrenching cry scene the way Yoon Eun-hye does, albeit coming across a little too angsty in some instances.

In the case of her acting, Yoon Eun-hye fell comfortably into her role as Gong Ah-jung, but did we see a completely different character from her than her previous roles? Probably not. She's got a comfort zone and rarely (Coffee Prince notwithstanding) moves beyond it. Under the lines, she tends to play the same character. One of her most redeeming qualities, however, is that she doesn't attempt to be gorgeous all the time. What I mean by this is she isn't afraid to get down and dirty. We saw this in Coffee Prince where her beauty was all but stripped away, but she didn't attempt to pretty-fy herself (brings to mind all that talk about Lee Da-hae in Chuno, doesn't it?). This leaves her open to do whatever she wants without worrying about her appearance. There weren't too many scenes that required this in LTM, but it was still something that needs to be considered when assessing her performance. 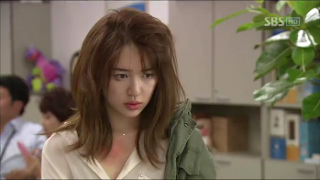 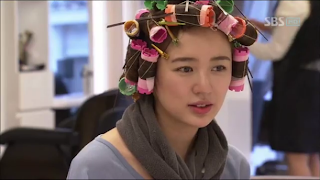 However, my favorite character, hands down, was Hyun Ki-joon. The reason I liked him so much, other than the fact that Kang Ji-hwan is a helluva fine man, was that he was not two-dimensional, like almost every other character in the show. He was stuffy hotelier-meets-naughty kid in a candy shop. Some of my favorite scenes were moments of him being a downright troublemaker, whether that included teasing Ah-jung or just being  his normal, down-to-earth self in the privacy of his own home (like when he took the day off from work after he got sick with food poisoning, and spent the afternoon playing cell phone games and doing sit-ups). His bumbling romantic advances were also another layer of his personality I found interesting. I'll be the first to admit this is a clichéd personality trait of Kdrama chaebols, but who could honestly resist Hyun Ki-joon, Mr. Haughtiness Incarnate, wiping water off your collar as you swat him away? LOL. This is not to say Kang Ji-hwan did an outstanding job at portraying the character. There were many moments when I felt he overdid it a bit and things got awkward, but the quirky moments were on point and he seemed the most comfortable in those scenes. 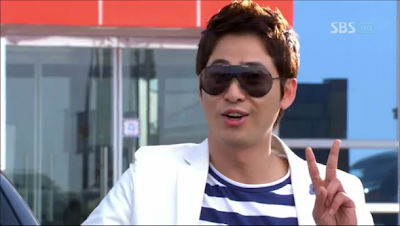 Now, let's talk about the second leads for a minute. Oh, miserable, pathetic Yoon-joo whom I wanted to strangle… You know, I'm a huge fan of allowing miserable second leads a graceful exit. Many dramas have even pulled it off successfully--Goong, as a perfect example, though some might argue that the Hyo-rin trying to commit suicide thing was a bit of a stretch (and I'm told the actress who played the sad ballerina actually walked out of the show, which is why her character was dismissed so early). I don't do cop-outs, however. In fact, I hate cop-outs and fake-outs (like, Oh, I was never evil, and now that I see your true love, I'll step aside.) but once the second lead has done their duty of pulling the OTP apart and realized it's just not meant to be, I want them gone. Don't drag it out and don't make me think of them as pathetic when, really, they probably could have been believable characters. This, in a nutshell, is Oh Yoon-joo. At first, I let her slide because she wasn't a substantive enough character for me to dislike. Then, as the show progressed, I just wanted to take her aside and knock some sense into her. She just would. Not. Let. Go.

On the other hand, we had Sang-hee. I liked him at first until he started having feelings for Ah-jung. Maybe it was Sung Joon's acting, or maybe it was just the flatness of the character, but I couldn't, for the life of me, believe he was actually in love with her. It was just so, so clichéd and expected that when it was uncovered as a conflict, I wanted to chuck my laptop out the window. They could have done so much with him, but instead they took him to Second Fiddle Hell, making him lose a love not once, but twice, to the same person. Even for a Kdrama, the irony of that just hurts. In all honesty, the only thing I can commend Sang-hee on is for being more mature than Yoon-joo and realizing when to let go.

Plot and Writing
Plot-wise… well, it was a hot mess. They had a good thing going with The Lie, but that snowballed into a whole host of other problems that seemed to run away from the writers. They lost the main idea of the plot in a slew of other crap, and had the chemistry between the leads not been absolutely sizzling, they would have lost a lot of viewers midway through the show's run. Things just got confusing and it felt as if we were going around and around in circles (crazy Aunt, anyone? Don't be with Yoon-joo--Be with Yoon-joo--wait, no, don't be with Yoon-joo…) trying to find a legitimate conflict to get us to the end.

And were all the side plots, like So-ran and Jae-bum (or, the even less interesting Ae-kyung--Suk-bong--Ah-jung's dad love triangle) necessary? No, definitely not, but that was almost the writer's last ditch effort at trying to round out the characters and fill in the gaps where the plot was thin. Yet by giving all the unnecessary back stories, the plot became even more clunky. The writer most certainly would have delivered a more successful show if the story between Ah-jung and Ki-joon had been more substantive and the other stuff more of a background thing.

One thing I've got to say is how glad I am that The Lie was outed by our leads themselves, instead of an angst-ridden cryfest because someone else spilled the beans at the wrong time. While this prevented a good bit of conflict from coming  into fruition, I liked it better because it allowed Ki-joon and Ah-jung to take responsibility of their actions--more Ah-jung than Ki-joon as she was the one who perpetrated it to begin with.

Then again, there was no real reason for The Lie from the start, was there? Other than Ah-jung trying to stick it to So-ran and Ki-joon trying to land the contract with the Chinese businessman… Ahh, I don't know. Talking about this show makes me feel like my head's going to blow up… In my opinion, everything boils down to this: did the show have a strong foundation? No. Did it try to make things work with a weak foundation and big-name actors? Most definitely. Did it succeed? Structurally, no. It fell apart. Popularity-wise, probably.

Closing Thoughts
You know, a lot of people rave about this show because of the leads. A firm believer in the potential of Yoon Eun-hye, I'll concede she did okay. However, her chemistry with Kang Ji-hwan was off the charts and there were a lot of viewers who were willing to forego the plot just to see more screen time between the leads. That's fine… if you're ignoring the plot holes and contrivances. 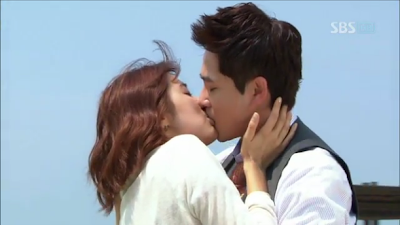 That's not to say it started out badly. The first quarter of the show was bearable. After that, however, things went straight to shit.

To sum it up in two pictures: 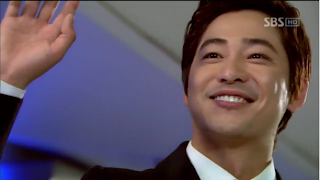 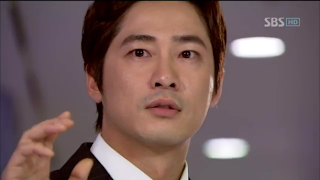 Obviously, I'm not knockin' on people who enjoyed the show. As cute and entertaining go, LTM was a good watch. If you were looking for something with a reasonable, well-planned plot with great writing, this was probably not the best drama for you. It served its purpose and little more. The chemistry between the leads kept it popular online, but for a Kang Ji-hwan/Yoon Eun-hye team-up project, it was almost as disappointing as My Fair Lady.

So, the verdict? Well, it's good for a fluffy watch. Nothing to write home about, but not as terrible as others I've seen. The actors carried the show, and made a bad storyline shuffle along to the end. 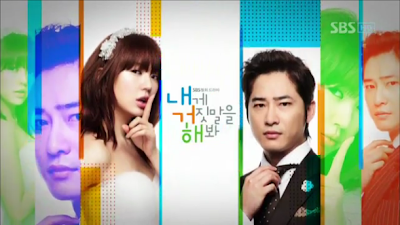 Posted by adverseffects at 5:07 PM