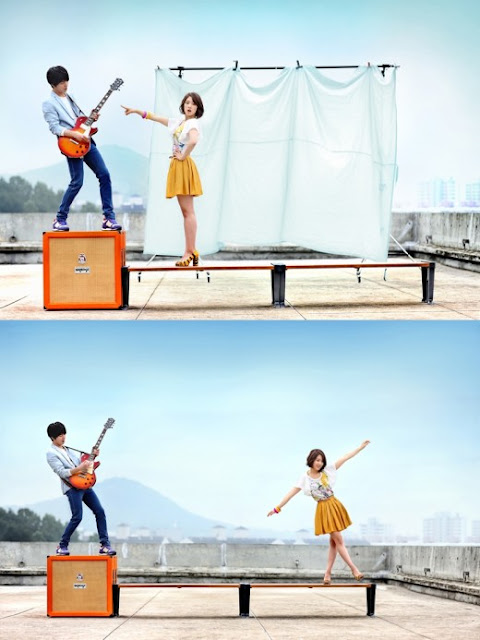 I mentioned a few days ago that my first recap project would probably be the new MBC drama Heartstrings which begins on June 29th.

That may not be the case anymore (more on that in a minute), but I wanted to share these new images and trailers that MBC released to promote the show. I have to say I'm in love with Park Shin Hye's shoes in these photos. They're like Tony the Tiger patterned shoes. Anyway, the pictures and trailers have me all excited for the upcoming show, which is about two college students dealing with life and love in the music department of their university.

Check out the clips.

As far as recaps go, I'm working on one right now for the first episode of Secret Garden as an experiment, so if it turns out well, I'll start with that show first and then pick up Heartstrings after it begins.

[Pictures via allkpop and videos via YouTube]
Posted by adverseffects at 8:43 PM