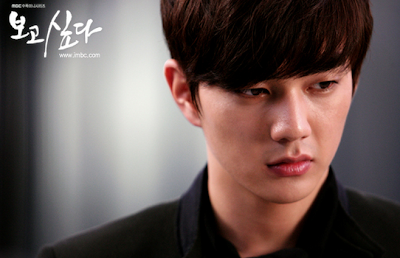 What a week! The world almost ended, I went to a Christmas party, I finally marathoned Answer Me 1997, and started watching a couple other dramas. I consider that pretty productive. Now, if I could just finish up my Christmas shopping...

1. Blog-related: Posted a review for Kingyo Club, finally. I had it sitting on my computer waiting to be finished for the better part of six months. And it's spoiler-free! I'm so bad at those, so consider it a miracle. If you haven't watched this short little drama yet, go do it right now!

3. More excitingness over at DramaFever! In Time With You is now available for streaming. It's going to be a busy rest of vacation for me. I watched ITWY earlier this year right after it had aired, but the middle dragged so much that I ended up dropping it a few episodes before the end. It's kind of got the vibe of Answer Me, 1997 (and a similar premise, with the two leads being best friends since forever, and we even get small flashbacks from their high school years) without much of the pure awesomeness of that show. Maybe a rewatch is in order? I think sooooo...
Posted by adverseffects at 9:29 PM


Golden Rainbow: WHY?! Why are family dramas so alkdaf;leaoiwh crazy?! I don't get it. It's like the writer wakes up every morning and asks herself, "So, how shall I torture my characters today?" If I didn't have the prospect of Jung Il-woo to keep me interested, I'd have dropped this sucker by Episode 2.