Poor Ratings for Spy Myung-wol Leads to a Writer Swap 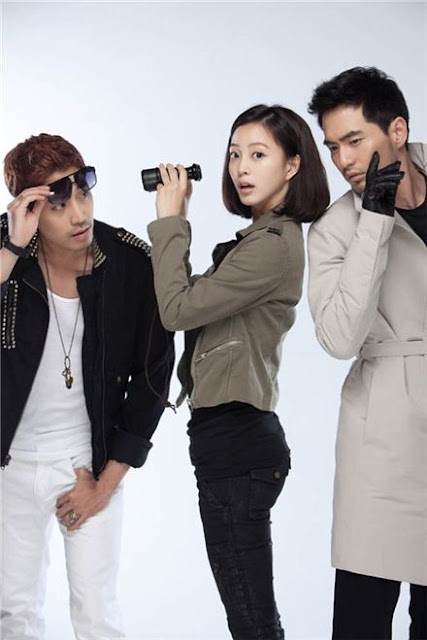 Uh-oh. That's all I have to say about this. Regardless of poor ratings or whatever else is going on in the Motherland, I was totally diggin' the vibe of Spy Myung-wol and I'm a little more than upset about the decision to change writers.

I'm all for changes when the show shows little to no signs of cohesiveness in the storyline or the portrayal by the actors is off, but Myung-wol is barely out of the gate. The change is a bit preemptive, in my own humble opinion.

Still, everyone pretty much knows (unfortunately) how much ratings drive a drama, so it's not as much surprising as it is upsetting.

Jun Hyun-jin (Soonpoong Clinic) doesn't have too many dramas to her (his?) name, but I'll keep an open mind. The new writer was added in time for this week's episodes, and Episode 5 wasn't a disappointment, so maybe it's a good thing?

We'll have to see.

[Source creds to HanCinema and photo cred to korean-drama-guide.com]
Posted by adverseffects at 2:53 AM