Scent of a Woman: First Pictures 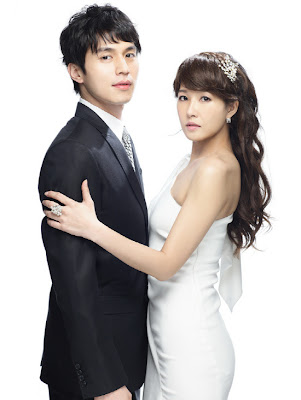 So, as I've been with Heartstrings, I'll probably start spamming about Scent of a Woman, too. I'm not a huge fan of Kim Sun-ah (I literally just started watching City Hall last night, and you know about my bad track record with Sam-Soon), but Lee Dong-wook, who just got out of the army, is a favorite, so I'm going to at least check it out.

The drama is slated to premiere in July and Wookie, who literally just got home yesterday, is already doing photoshoots with KSA. He's apparently got some catching up to do, filming-wise, because he missed the script reading and initial shooting. Still, the cast managed to set aside some time to welcome him to the set and congratulate him on completing his military enlistment.

The story is that KSA even bought him the cake that's featured in these photos. <3

Anyway, the drama, which also stars Eom Ki-joon and Seo Hyo-rim is due to air on SBS starting July 23rd or July 16th (they've had scheduling problems because of Wookie being unable to film). It has an Eat Pray Love-meets-Bridget Jones's Diary-meets-A Walk to Remember kind of vibe (in my opinion) and it's described as, "A drama about a non-married, low ranking office worker who is given numbered days to live."-via HanCinema.

It's directed by Park Hyung-ki (Dr. Champ, Get Karl! Oh Soo Jung) and written by No Ji-seol (Dr. Champ).

I wonder what Wookie thought when he walked on set and saw KSA's ahjumma hair... 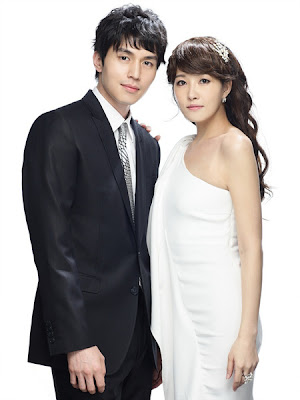 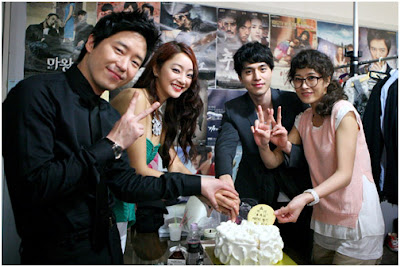 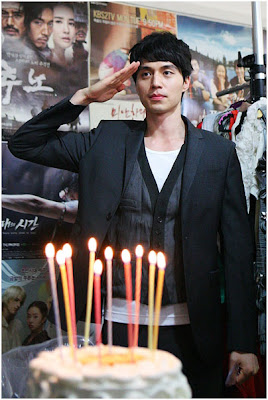