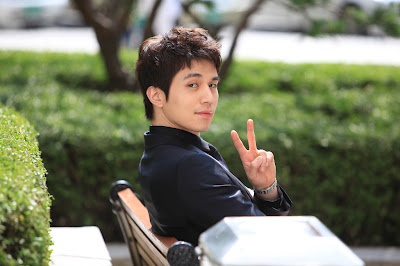 So, pretty much no one in the world knows of my love for Lee Dong-wook (My Girl, Partner) but it's there... and it's prevalent, lol.

Anyway, the real reason behind this post is to celebrate Wookie's return from his mandatory military enlistment! Yay! He's been off the Kdrama map since 2009 for his service, but he returned today and he's all smiles. :) 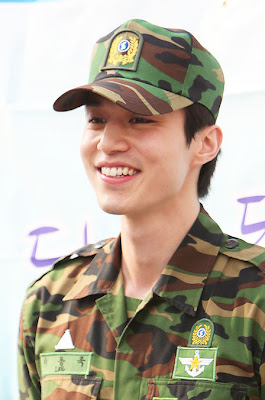 I congratulate him on his return!

He will (almost) immediately begin work on his new weekend drama titled Scent of a Woman, with Kim Sun-ah (My Lovely Sam-soon, City Hall), a rom com about a woman told she only has months to live. I wonder how it'll be funny if she's going to die... anyway, that's not the point.

The point is, he's back! I'm thrilled! I might just have to watch Scent of a Woman because of him!

Now, if we could just get Binnie home safe...

Scent of a Woman begins airing on SBS on July 16.

[Sources and photo creds: AmpedAsia and HanCinema]
Posted by adverseffects at 1:36 AM