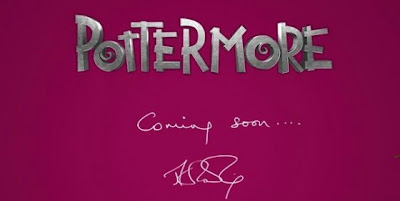 Those who are avid Potter fans most likely know this news already, but it's exciting nonetheless and I couldn't pass up the opportunity to post something.

The announcement was preceded by a lot of mystery, when Rowling sent a single letter of the name of the site to each of ten of the biggest Potter fansites, in a very Willy Wonka manner. She even set up a channel on YouTube to make the announcement.

The big reveal took fans the world over by storm. Pottermore, which will open to the public in October, will be a "beyond the books" type of interactive medium, complete with over 18,000 words of additional information regarding the world of Harry Potter.

A lucky one million fans will get the chance to check out the website first, on July 31st, Harry's birthday.

It remains to be seen how in-depth the website will be, but from what I've heard, it's going to make Potter fans really happy.

In addition to being an interactive medium, Pottermore will also be the first place for people to purchase Potter ebooks, and also the only place to purchase digital copies.