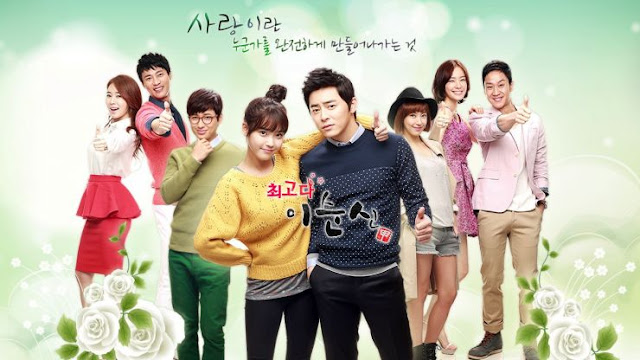 So, You're the Best, Lee Soon-shin! has aired just over half its allotted episodes by now and I figured I should weigh in with at least some kind of opinion on it since I'm still watching. Anyone that follows this blog knows about my plight with family dramas and longer shows in general, but considering this is the first time I've kept up with one as it airs live, there's a good chance I'll probably finish it. (Maybe.) (I hope.) (Please, Drama Gods?)

Side note: I'm going into this review under the impression that those who are reading it know all the principle characters.

Also, remember, you can watch You're the Best, Lee Soon-shin! on DramaFever.

The Story Thus Far
To be completely honest, everything meaty that needed to happen kind of happened within the first ten episodes, and we've been on this "one character finds out THE BIG SECRET every week" carousel for a long time now. LSS should be called Birth Secret instead of the show with that name that's also currently airing. Lee Mi-sook is almost given more screen time than IU and Jo Jung-suk these days which is reallyreallyreally grating on my nerves.

But I digress. So, until now, we've learned that Soon-shin, our main character, is not the biological daughter of the mother who has raised her, but that she is, instead, the offspring of big-time actress with a big time ego Song Mi-ryung. By Episode 25, everyone and their mom knows the truth (except Soon-shin, of course, who's only just found out) and Mi-ryung has threatened to go public with the news via press conference to save her own ass and her floundering reputation in the acting world. 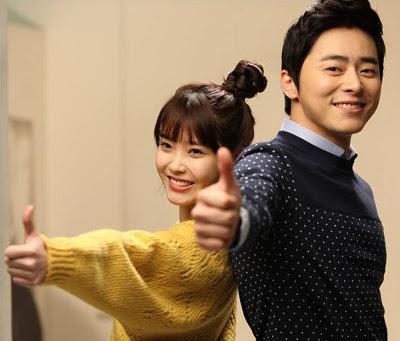 Meanwhile, Yoo-shin has begun to date Chan-woo, with the promise that neither of their families will find out. But then they have a fight and break up. Oh noes.

Big sister Hye-shin has the cutest admirer ever in the form of Jin-wook, the baker, but her bratty daughter Woo-joo keeps getting in the way every time baker ajusshi tries to talk to her mom.

Other than that, Soon-shin tried to be an actress, but Joon-ho and Yeon-ah were ousted as having made a bet about her, so Soon-shin quit the company to be unemployed instead. Somewhere along the line, feelings got confused but no one will say anything to anyone about that, so Joon-ho and Soon-shin must instead wallow in their own misery as the birth secret thing takes the forefront instead.

So, the problem?
It's been apparent to me from Day 1 that Chang-hoon isn't Soon-shin's bio dad, considering how his character was written and the way he acted toward his family, but then we had to wait until Episode 25 for someone to confirm that for us. I have my own suspicions about the true story, but I'm sure we'll have to wait until Episode 50 for Show to verify.

Which brings me to my biggest problems with LSS (and longer dramas in general)--pacing. When you're writing for 50 episodes I suppose it gets hard to come with new material each week. But then again, I always seem to go into these shows under the assumption that a castful of well-rounded characters will keep the narrative flowing throughout the drama's run. I'm always proven wrong when, to my chagrin, the writer decides to cling to a certain plot point in the hopes that it will take him/her to the drama's conclusion and everyone will be all hunky dory. Sorry, but no. 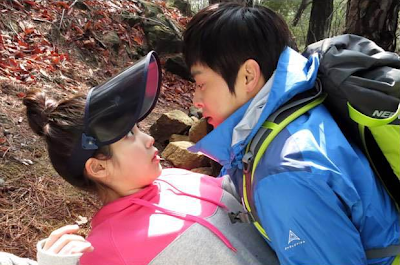 You have a BEVY of characters, each with their own pretty interesting storylines, so WHY MUST YOU ALWAYS CLING TO THE ONE PLOT POINT THAT IS THE LEAST INTERESTING? I mean, everyone knows Soon-shin will eventually find out (and just has found out) about her mommy/daddy issues and that the shit's going to hit the fan when that happens, but really? Dragging it out for 25 episodes seems like a bit much. Especially when you sacrifice happy OTP time for brooding Song Mi-ryung scenes for 40 minutes in every episode. Seriously... I'm not joking. In Episode 24 (I think) Joon-ho didn't even make a single appearance until past thirty minutes in.

That is a problem, Show. A big one.

If you're done ranting... what were the things you liked?
Though at this point, they're few and far between, there were a few things I've liked about LSS. Namely, Lee Soon-shin herself and her relationship with Joon-ho. They're bickering is vaguely reminiscent of Hae-young and Seol from My Princess, though Joon-ho is way more endearing and awkwardly adorable than Hae-young ever was. They honestly don't get enough scenes together anymore. At least not ones that don't involve him begging her to act again and her shutting him down.

That's about it. I liked Yoo-shin and Chan-woo before they became predictable, and Soon-shin's relationship with her mom was great, until that was ruined too.

The Verdict
Uhm, I'll probably keep watching the show in the hopes that we spend the second half concentrating on the acting and lovey dovey bits more and less on the birth secret stuff. That and I really want to see things to the end just for Soon-shin and Joon-ho, because they're really cute together. 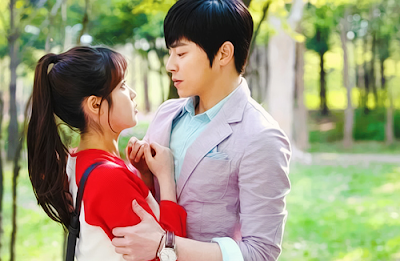 Other than that, I hope by Episode 50 Song Mi-ryung and her stupid manager find a nice, steep cliff to fall off of and that someone puts a sock in Chan-woo's mom's mouth before I strangle her. Oh, and maybe Joon-ho's annoying little sister can get shipped back off to America again. Things were so much calmer without her and her fire-engine red hair around. Honestly, who thought that was a good idea?

Sorry... all the pictures are of Joon-ho and Soon-shin together. Can't blame me if those were the only ones that seemed worthy of posting lol.
Posted by adverseffects at 10:40 PM