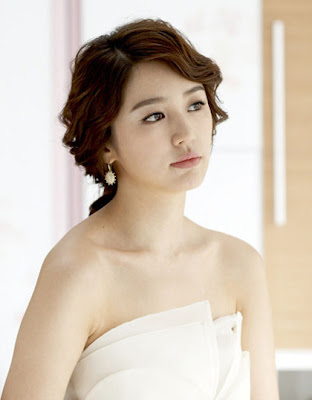 Normally, I avoid posting casting rumors until they've been confirmed, so this news update comes on the heels of a few stories that were announced days ago, but also which I wanted to wait to post until they were absolutely verified. They're all very, very exciting, and I'm finally looking forward to a few winter dramas. I thought the landscape was going to be completely dry, but here's to hoping these couple pan out! 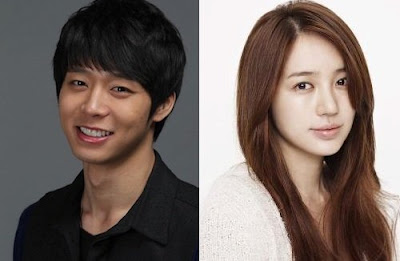 So, everyone's been worried about the follow-up drama to Arang and the Magistrate, melodrama I Miss You, which is only three weeks away from its premiere and only just announced its casting for the female lead. A slew of names were thrown around, but eventually Yoon Eun-hye signed on and we're now gearing up for the first episode coming up soon.

The story covers the life of two people who fall in love as teenagers who are torn apart by circumstances, only to meet and fall in love again as adults. It sounds like every melo ever, but apparently the lead characters are both described as lighthearted and happy despite their tragic pasts. Yoochun's Han Jung-woo is a violent crimes detective, and YEH's Lee Soo-yeon is a talented fashion designer.

As far as pairing YEH and Yoochun goes, I'm not sure how it'll work out. Especially in a melo. I know Yoochun's done "serious" roles before (namely Miss Ripley), and YEH's range beats a lot of young actors today, but together... I don't know. Still, I'm intrigued enough to tune in, so I'll probably check out the first episode. Oh, and more incentive to at least watch the first few episodes? Yeo Jin-gu (The Moon that Embraces the Sun) and Kim So-hyun (Ma Boy, The Moon that Embraces the Sun) will be playing Yoochun and YEH's teenage counterparts. Adorbs!

I Miss You premieres on Wednesday, October 31st on MBC.

Joo-won for The Secret Lovers War 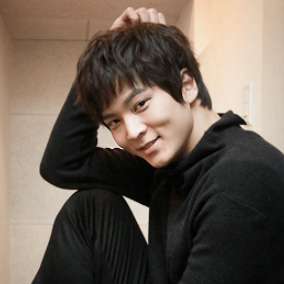 The man with the Midas touch can do no wrong. Only just coming off his Bridal Mask high, Joo-won already has his next project lined up, a spy rom com by the name of The Secret Lovers War/Secret Agent War. The story's based on the movie Level 7 Civil Servant, which starred Kang Ji-hwan and Kim Haneul. Joo-won will be playing Gil-ro, our hero who decided at a very young age that he wanted to be a spy after watching a James Bond movie.

His leading lady hasn't been cast yet, but this sounds like lots of fun. Apparently, the story revolves around this main character who's a newbie spy and makes tons of mistakes on the job. He falls in love with a woman  (also a secret agent) and they must keep their true identities from each other. Sounds a bit like Mr. and Mrs. Smith, but considering it's a rom com, I'm hoping it'll be more goofy fare than that. 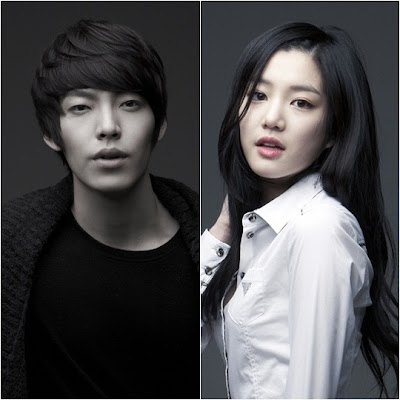 Yonsama's at it again--if one project fails, just get up and try it a different way. On the heels of this year's (apparently awful) Dream High 2, Bae Yong-joon's production company Keyeast/Contents K has announced they'll be producing a new high school drama--a remake of the 90s hit School.

This revamp will star Kim Woo-bin (To the Beautiful You, White Christmas) and Lee Yubi (currently playing Maru's little sister Choco on Nice Guy) to begin with, and it'll be interesting to see which other fresh faces Yonsama will take on. Hopefully, School 2012 won't turn out the way Dream High 2 did and will instead follow in the footsteps of that franchise's original title instead. 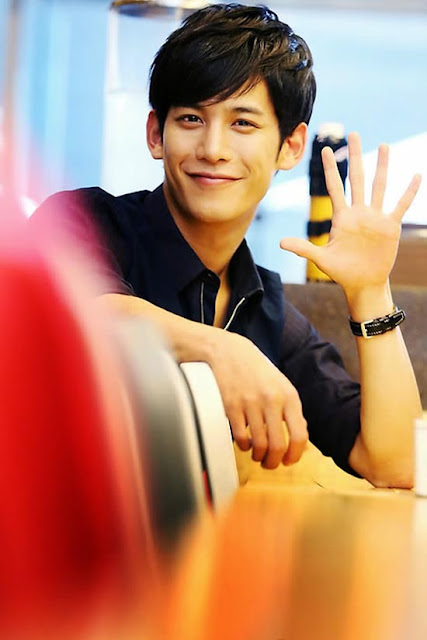 This movie! Holy crap. My beloved oppa crush Kim Soo-hyun (The Moon that Embraces the Sun), along with my puppy crush Lee Hyun-woo (To the Beautiful You), and now Park Ki-woong too? There's little that could curb my enthusiasm for this movie at this point, honestly. I'm so stoked.

The plot covers the exploits of three North Korean spies who are dispatched to the south to take on the identities of normal citizens in a remote South Korean village. The boys are considered a handsome "flower boy trio" and characterized as such: an idiot, a wannabe idol boy, and a high school student. Kim will play the lead (and the wannabe idol boy), Won Ryu-hwan, an expert sniper fluent in five languages.

Announced last week, Park Ki-woong joins the cast to fill out the third leg of the spy trio alongside Kim and Lee. He's just coming off that same Bridal Mask high which rocketed him to a stardom he didn't have before. His next drama Full House Take 2 also just recently landed a broadcast slot and premieres at the end of the month on SBS Plus. That might be a project he wants to bury, but hopefully Covertness will put him back in the public's good graces.

The story's based on a popular Daum web comic by writer HUN that was published from June 2010 until May 2011, and I'm hoping the source material affords lots of hilarious hijinks for these talented boys.

Filming is scheduled to start next week, on the 17th, with the premiere set for next year.