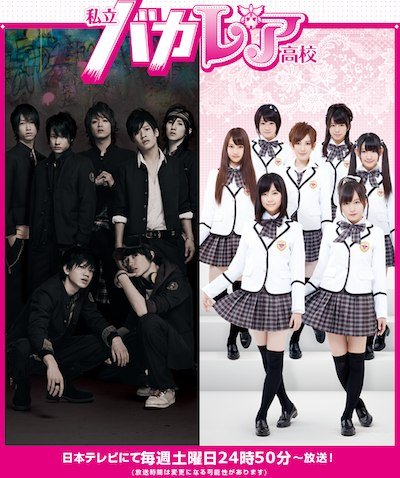 I'm all about school doramas these days, since their shorter run times allow for easy watching and their premises are usually fun and light. A couple weeks ago, I ran into a Johnny's Entertainment-packed series called Shiritsu Bakaleya Koko, which aired earlier this year on NTV. It was cute and effortless to watch, so check out my thoughts on it after the break.


Characters, Casting, and Acting
Personally, I like to give rookie actors the benefit of the doubt and I don't enjoy comparing newbies with others who are more experienced. They usually don't measure up, and that's totally fine because they're new. My only problem is, if you are new, I'd like to see some improvement in acting/presence from episode A to episode Z. Even terrible actors find their niche over the course of a show and become more comfortable with the role they are playing. It's just a natural tendency. It is for this reason, and this reason only, I gave the kids in Shiritsu a pass, because, let's face it, placing them beside say, Shida Mirai (when she was a newbie) or Yuiko Kariya (Kingyo Club), they just don't stack up. 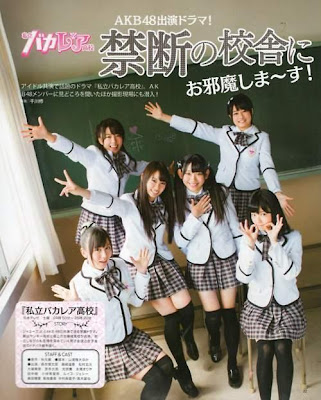 That being said, I'm glad the way the casting was worked out, to an extent. The Johnnys did better than the AKB48 girls, who could barely string together one emotional sentence between the seven of them. Not all of them were bad, but the girls who did well were supporting characters (Kaoru Mitsumune who played Sayuri, and Mariya Nagao who played Mana, to be specific) rather than leads, and it becomes painfully apparent why  the leads were cast the way they were.

Still, there's something to be said for the boys, and I attribute that mostly to the fact that they're friends in real life. Not to say the girls aren't, but the Johnny's Jrs. looked a hell of a lot more comfortable on screen than the AKBs. My favorites were Morimoto Shintaro who played Tatsuya, and Lewis Jesse who played Yuki (despite his lack of screen time). I think Matsumura Hokuto did as well as he could with the character of Tetsuya and certainly had me crushing on him (that is, until I realized how old he was… -_____-). However, I do believe Morimoto was definitely appropriately top-billed. He looked years beyond his age and seemed so comfortable with his character that it was hard for me to imagine him as an idol boy. 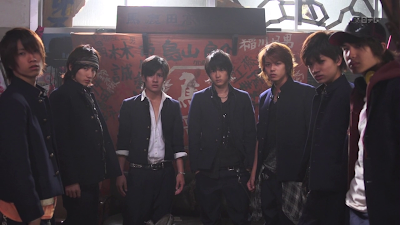 Speaking of which, let's talk about idol boys (and girls) for a moment. There's more than just rookie acting as a reason for why I gave these kids a "pass" so to speak, for their roles here. Let me preface this by saying I watched Shiritsu for the premise alone and went into it with little to no expectations, so I wasn't too disappointed by the outcome. Anyway, JE idols are known for being Renaissance men, in a sense. They're supposed to be multi-talented, with skills in acting, dancing, singing, and stage presence. That being said, I personally believe they should remain in the realm of music and keep their noses out of acting. That's not to say they all suck or anything like that (see: Ikuta Toma, Kamenashi Kazuya, Kimura Takuya, etc.), but the younger ones are definitely a little on the green side, and the roles they're cast for are generally as a result of their idol status rather than for their acting. I'm the first to admit that I don't dislike Johnnys completely. Some of my personal favorites are JE boys, but I don't believe that their star power should outweigh their inherent talent when being cast in a drama.

Tone
Okay, JE venting aside, let's talk about tonality next. Acting is only one reason why this drama didn't quite come together for me. Generally speaking, ensemble cast doramas are a dime a dozen in Japan and most of them are pulled off quite well because they have interesting characters. For Shiritsu, I'm not sure that the writers were sure what they wanted to do with all the characters they had, and in the end, didn't end up making good use of them all. As a result, I think the tone of the dorama suffered quite a bit. The beginning episodes were incredibly funny as the two schools collided and the girls tried to change the boys' school. However, things started getting a little off when the writers threw in one random episode about Sayuri and Maya and Sayuri's attempted suicide. After that, there weren't really any other episodes about individual characters or pairs of characters, which left me scratching my head as to why it was included in the first place. 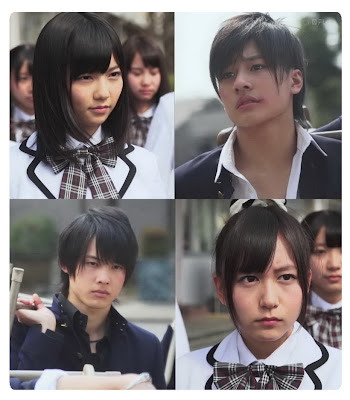 Still, the tone and cohesiveness between episodes started to come together near the end as a central conflict came to the forefront. But then the problem became editing, with scenes being cut together with awkward music cues and weird transitions between scenes, like when the boys were fighting near the end while the girls talked to their classmates in the auditorium about the school being closed down. I found myself cringing every time we switched from the fighting to the auditorium because nothing lined up properly, especially the music.

Overall
Okay, now that I've spent the last six paragraphs bashing this poor drama, let me give it to you in a nutshell. This drama didn't suck. I know. That statement doesn't at all fit with what I've said until now. But let me put it this way: it didn't suck because I didn't expect anything out of it. I watched it for pure entertainment, not aesthetic value or quality. The boys were cute and the girls were pretty, and they met whatever goal they were going for. That's all. So, there you have it. Go watch it if you have some free time, but don't stress out if you don't get the chance. I watched it for a really cute love square and awkward teenage hedging, which they pulled off fairly well. 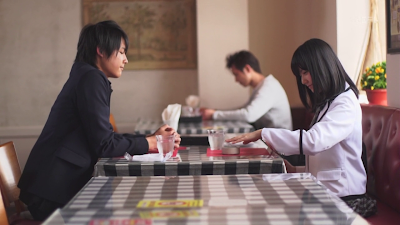 Oh, I guess I should mention the end? Yeah. So, there's a movie coming out in October that will serve as a kind of add-on to the drama. I think it picks up where the drama ended, and I don’t know if it will be the only movie or if there will be others later on. Regardless, that's why the end was left as a cliffhanger, so we'll see what happens on the big screen. One thing worth noting about the movie is that it will have a different director than the drama did. Whether that's a good thing or not, I'm not sure.