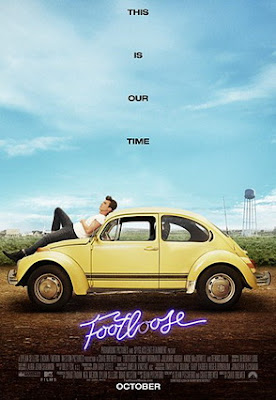 The classic '80s flick Footloose is being remade and I'm not sure how to feel about that. That's not to say I'm a huge fan of the original. In fact, it's at the bottom of my list of favorite '80s movies. So does that mean I'm going to automatically love the remake? Not necessarily. I'm wary of remakes in general because a lot gets lost in the transformation.

Wormald is a lesser-known actor, but he's been in a couple of dance movies like You Got Served and Center Stage: Turn it Up. Hough, of course, has been in the Cher-Christina Aguilera team-up film Burlesque, as well as numerous seasons of Dancing with the Stars.

So, the dancing won't be a problem. The original Footloose had a lot of heart, and if anything worries me about the new movie it's whether it'll be able to keep that warmth. Below are trailers for both the '80s Kevin Bacon movie and the new Kenny Wormald flick, so you can decide how the remake might match up to its predecessor.